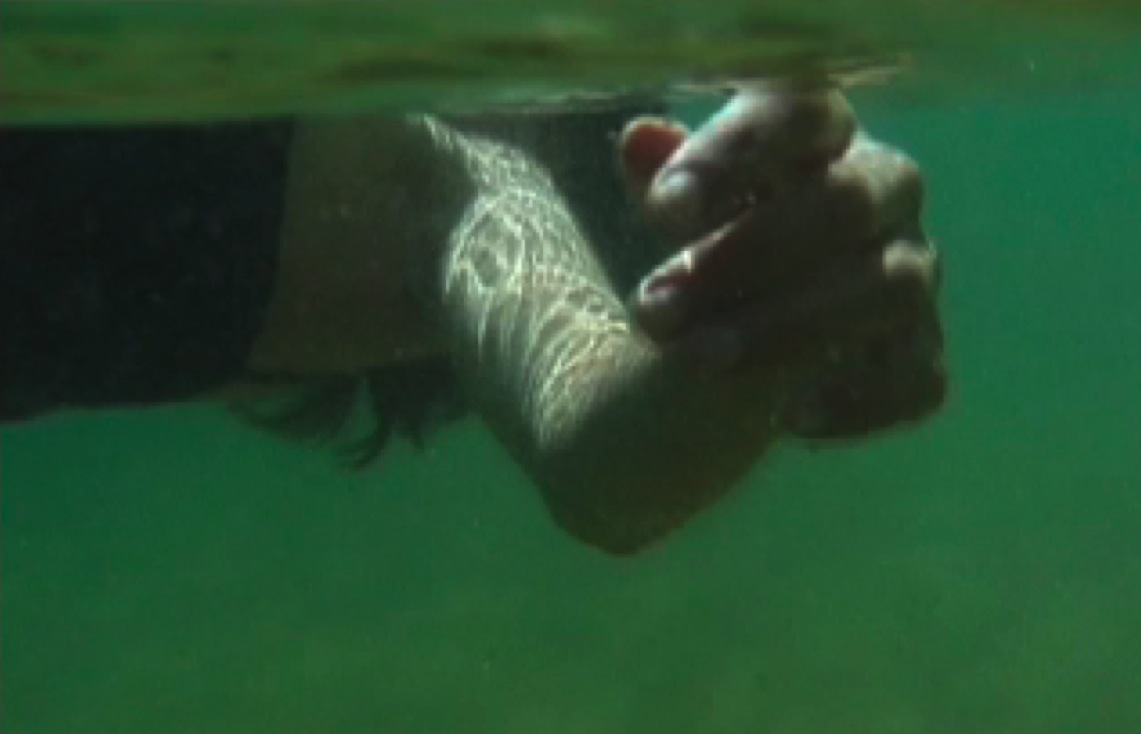 Tony has been making and using video for performances since around 1990.
His work has been exhibited or used in live performance in various concert settings in New York, London, Tokyo, Belfast, Sydney and Berlin, a.o.
In recent years he performed larger 3 screen installation pieces, for example with The Necks in the Sydney Opera House and The Hau Theater in Berlin, as well as pieces at Mona Foma in Tasmania.

With this piece I was interested in exploring the idea of ambiguity, of contrasting impressions, reactions and energies - of possible narratives and feelings.
Is there a story there, or purely aestheticized image/movement ( dance?) and music/sound (noise?)?
Are we seeing something enjoyable and sensual or experiencing claustrophobia and panic?
Do we feel compelled to extrapolate on the images and movements once they are no longer presented and fill in the details of a narrative that may or may not be present?
In the darkness and noise of the space, is there sensory overload, or depravation?
Or could all these things present at the same time?
I think that this is perhaps what I would have liked to achieve.

A  collage.
A collection of images from artists, writers,  musicians and film makers from whom I have drawn inspiration and energy over the years.
A collated stream  of  influence, motivation and stimulation; commissioned by and made for  for the magazine IRIS.

A promotion video for the release of my solo CD Unearth on Room40, first previewed in The Quietus in August 2017 and described as claustrophobic sounds, accompanied by suitably unsettling visuals captured in the dark of what appears to be a jungle setting. For me it is an attempt to capture a  feeling of disorientation and fear on the one hand and a sense of sinister, paranoid observation on the other; the hunt and the hunted in a suitably clammy, tropical setting.